There goes the next update for the game, version .35:


I hope now the game is more fun and challenging! get it now here:

And now some Screens:

Ok! after some months of work here in Copenhagen I managed to finish the beta version of Pabloquest 3: Danish adventures! 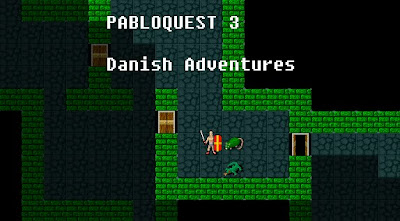 The main purpose of this game was to be written in danish so I could practice the language in a fun way. But that was not very easy, google translator totally sucks English-Dansk and at the end I could not even understand my own game. So at the end I decided to rewrite it in English so more people will be able to play it. So here it is:

This new version of PabloQuest features a graphical interface (thanks to rltiles), and a better structured code. I think the game is pretty fun, maybe a little bit hard for newbies but anyway. I hope you like it! 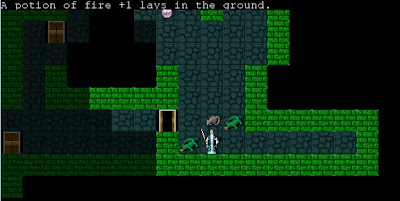 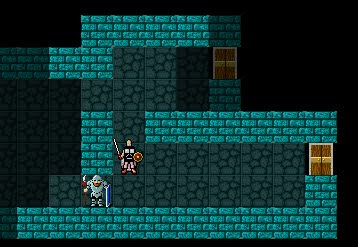 Finally I would like to thank the team of libtcod, pygame, rltiles and all the folks crazy about RLs
Publicado por Cebollinos en 8:23 No hay comentarios:

UPDATE VERSION 1.1
- New tileset
- Bigger world
- Added dismemberment: Monsters can cut your limbs off, but you can wield them as weapons to take revenge. You can also eat them.
- New type of encounter: "The rescue", you can find people being ambushed and help them.
- New magic scrolls
- Balanced game

Some screens of version 1.1:

PabloQuest 1.0 is finished!
Download it here:
http://pabloquest.wikispaces.com/
PabloQuest is a roguelike game where you will find some fun. You will have to go trough a world drawn by letters and symbols slaying monsters and looting treasures, you can hire some warriors and then raid some towns or if you are brave enough you can wait until the dusk to enter in one of the cursed dungeons! You decide the way your character dies!
Some screenshots!
Generated World

Talking with some people

The player got ambushed

The new version of the game is in the street!
Perfect for your coffee-break!

You have to go down through the dungeon to the final level and slay the mighty monster. You control Pablo the Hero and Quest his friend.

Feedback is appreciated to cebollinos@gmail.com

Some Screenshots:
Watch out for secret stuff! 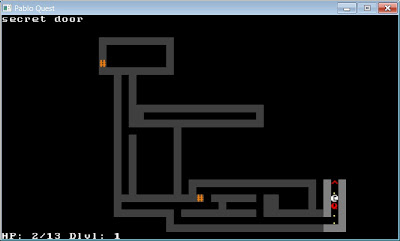 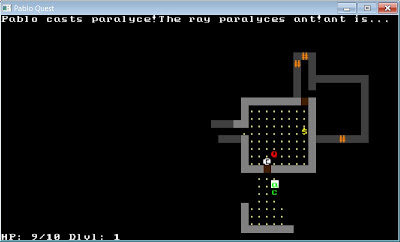 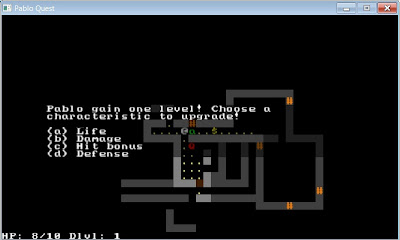 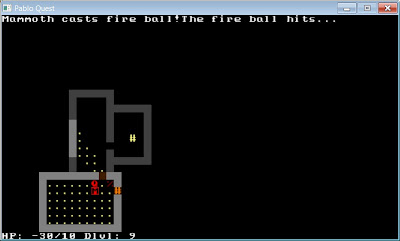